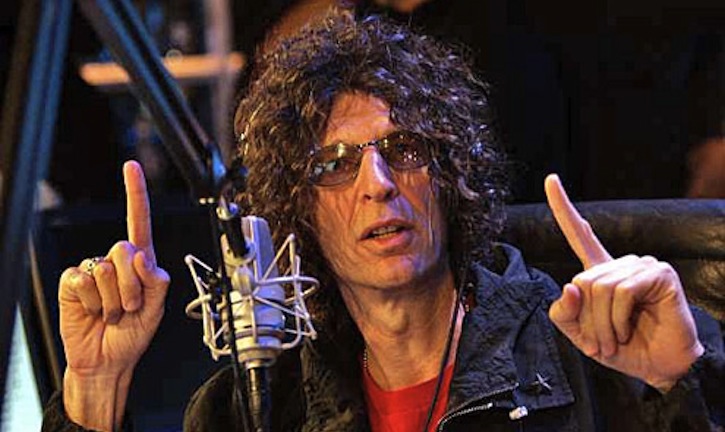 With the selection of Howard Stern as a new panel member on America’s Got Talent, it made me realize that behind all his controversy, he’s doing something right. As a radio personality, talk show host, and prominent media figure, Howard Stern knows a few things about the world of communication. It makes sense considering he graduated magna cum laude with a communications degree from Boston University. Look past the many double d’s and hysterical parents circling Mr. Stern and you will find communication lessons we should all take into consideration. Here are the five things Howard Stern can teach you about communicating.

If there’s one thing Howard Stern knows best it’s shock and awe. While you may not appreciate his choice of shocking methods, you must admit he knows how to grab your attention and hold it. If you subscribe to a more innocent form of shock and awe, you may be using milder techniques like dramatic stories or interesting facts placed neatly at the beginning of your speeches. There’s no doubt shock is an effective communication method for capturing attention, and Howard Stern wrote the book on it.

If there is one thing that doesn’t sound natural in communication, it’s acting like someone you’re not. In fact, we have words for it — lying and fraud — just to name a few. When you’re not genuine, it’s heard in your voice and in your body language. Howard Stern doesn’t apologize for who he is. He accepts himself and owns it.

When you think of Howard Stern, it doesn’t take long to create a mental image, does it? Sure much of his success did come from behind a microphone, but there’s no doubt his other media successes would not have been as great without his unique large curly hair and glasses look. You can see him coming from a mile away. Whether you’re on a date or giving a speech, standing out should be your priority as well. Maybe you choose to show up in a bolo tie to a room full of suits? Whatever your method of standing out, make sure your audience can pick you out of a crowd.

4. Give Them Something to Talk About

Howard Stern knows the show doesn’t end after his time slot does. A majority of his audience usually finds something so unusual and unique in his program that they discuss it with their friends throughout the rest of the day. Stern realizes he is not just communicating with his listeners, he’s also communicating with everyone they interact with. If you want people to talk about you, you’ll need to give them something to talk about.

5. Make Them Remember You

Everyday Stern gives his listeners a show they’ll never forget. Through unique guests and unusual conversations listeners are given a piece of a world that doesn’t exist except through his station. You should strive to do the same thing in your communication. This could be through the use of a wild stage prop or the simple act of buying a rose for your date from the relentless flower girl circling the restaurant. If you can give them something to remember you by, you’ll be a little piece of their history they hold onto for the rest of their life.

Howard Stern may be known as a wild and undesirable figure, but don’t discount his skill because of a little controversy. The man does know how to communicate. I mean we’re talking about him after all, aren’t we?