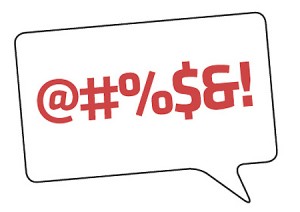 As employers increasingly look at Facebook profiles of potential candidates, the use of profanity on their walls plays an important role in the perception of these potential employees. A recent study by social media monitoring service, Reppler, scanned the Facebook walls over 30,000 users and found some surprising statistics:

The study poses some serious questions about how to monitor what our friends are posting on our walls.