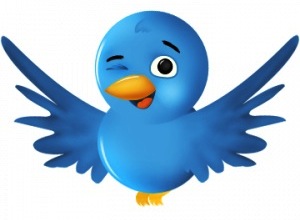 With the advent of social media and dwindling attention spans, PR professionals and social media managers are challenged to pack a lot of punch into short messages. One of the most challenging mediums is Twitter, which limits a message to 140 characters. Knowing how to craft a message that catches attention is a talent, but there are also some tried and true methods that can make even the least poetic of fingers produce something eye-catching.

The easiest way to think of tweets is as if they were newspaper or magazine headlines. Similar to these mediums, the usual goal is to catch someone’s eye and have them grab (in our case: click) your content. If you happen to be a comedian or a reincarnation of Oscar Wilde, you should have no problem crafting these brief beauties; but if you’re like the rest of us, here are some tips for making your headlines stand out:

For example, this tweet from Mashable about their interview with Al Gore could have been anything, but they chose to quote him on something he briefly said: “I drank Nate Silver’s Kool-Aid.” Makes you want to click it, doesn’t it?

Sometimes your detail may be a quote, sometimes it may be an argument you make in the article, sometimes it could be an interesting fact. I’m not the author of your piece, so I can’t tell you what your unique detail will be. But I can tell you that fascinating details create interested people.

Get to the Point – Too many people make excuses for their fluff. They won’t remove the 10 minute intro to their song because they think the listener won’t appreciate it without some grand introduction. And they won’t get rid of some outrageous adjective-filled-metaphor-ridden language because they think it’s just grand. Here’s a warning to those ‘artists:’ people will tune out. Any good writer will tell you to get rid of the unnecessary.

Because we only have 140 characters (less space for the link), this generally means you must cut out anything that isn’t required to make your tweet stand out. For example, here are two made-up tweets (one that gets to the point, one that doesn’t):

Bad: Check out the latest project from the ACME Zoo: A monkey performs sign language.

I’m much more likely to click the second because it gets to the point. Remember Shakespeare said, “Brevity is the soul of wit.”

Tease – There’s a reason they hand out samples at Costco and why a prospective partner will only give you a kiss before the third date. It’s because they want you to give you a taste of things to come, without giving it all away. Think of your tweets as mental seduction. Give the reader just enough to want to find out more without giving away your whole juicy piece of content.

Be Human – Even superheroes are given human traits, because the story could never sell if you couldn’t relate. Remember you are writing for humans and write accordingly.

Just Because You Have 140 Characters Doesn’t Mean You Need Them All – This ties into “get to the point” but it’s worth repeating. Just because you have twenty spices in your kitchen doesn’t mean they need to all be included in your dish for it to be delicious. In fact, too many can kill the taste. Same rule applies for most things in life: sometimes less is more.

Pick the Right Hashtag – Picking the right hashtag can help add some context to your tweet and will help you get some more eyeballs seeings your posts. Hashtag Scout is a great tool to help find relevant hashtags for topics.

Shorten Your Links – If you place a link in your tweet, you need to shorten it to save characters. And because long links just look bad, using a URL shortener like bitly is a great way create space with short links.

Use Good Grammar – Just because you’re writing something short on the Internet, doesn’t mean it still should not adhere to the rules of English. Bad grammar is interpreted as low intelligence. No one wants to read an article that isn’t smart.

Abbreviations Are for 13 Year Old Girls – “OMG” gets made fun of by many for a reason. You don’t want to be laughed at, do you? If you’re trying to be taken seriously as a business or person, you need to speak professionally and in a manner that will be respected. Remember when you use abbreviations, you also exclude readers who may not be familiar with them. School teachers always try to teach you to write your essays as if your reader was completely unfamiliar with the topic. The same rule should apply here.

Think Before Tweeting – Tweets often tend to be the digital equivalent of a verbal shart. That unexpected-should-of-held-it-back-thing-you-said-that-you’re-now-embarrased-about. Twitter’s platform makes it easy to pop out a tweet every two seconds, but just like you should think before you speak, think before you tweet. This last year’s Olympics are perfect examples of people who didn’t think first. Think of Greek Olympian Voula Papachristou and Swiss soccer player Michel Morganella who were both banned from competing after tweeting racist comments. They should have followed this rule.

The Magic Is In the Rewrite – Good writers always proofread and rewrite. If you write perfectly the first time, good for you, but the reality is most don’t. First drafts are for getting your thoughts out and subsequent drafts are for fine-tuning and polishing. Rewrite your tweets for maximum effectiveness.

While Twitter’s short letter count may be laughed at by some, it actually is the ultimate challenge for anyone who considers themselves witty and a master of the pen (or keyboard). But even if you don’t consider yourself a wordsmith, you can step up your Twitter game by following the tips I’ve laid out.