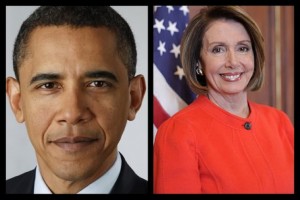 More specifically, the study found “face-ism” bias — where the focus of men’s photographs were on their heads and women’s were of their bodies. The study’s authors Sara Konrath and Josephine Au do not believe these visual depictions are deliberate, but rather due to unconscious influences.

Through this study, they hope to make politicians and support staff aware of this bias so that they can understand its negative implications and reduce it when given the opportunity.

To come to their finding, the study measured facial prominence from over 6,500 photographs across 25 different cultures. They used a ratio of face (chin to top-of-the-head) against body. Once they had their numbers, they were able to see that face-ism was even greater in more egalitarian cultures.

They are not completely sure why this mismatch would occur, but believe it could be the result of a post-feminist backlash that sometimes occurs in cultures with decreased sexism.

The authors also believe these findings could help reduce the “double bind” that female politicians so often find themselves in. The “double bind” being that they need to maintain their stereotypical female characteristics of warmth and compassion while being placed in a commonly perceived masculine role.

Konrath and Au think that if female politicians try to present photos which display more facial prominence that they can therefore increase their perceived competence.

To read the full study, you can visit here.