The race for the next leader is on. Canadians and Americans are both being bombarded with political messages for the upcoming elections for Prime Minister and President, respectively. We see the commercials, we see the print ads but how do the candidates fare on the Internet, and more importantly, the ever present Facebook? A recent study conducted at the University of Delaware studied just that; perceptions of fictional political leaders through Facebook comments. 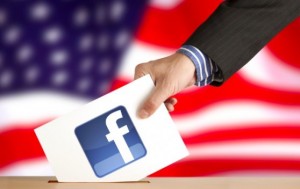 As expected, when Facebook users are presented with positive comments made about a politician, they are more likely to personally view said politician in a more positive light. Likewise, if users are presented with a negative comment or viewpoint of a politician, the users will begin to view that politician more negatively as well. In considering the relationship between those who left comments, there appeared to be no relationship. Those who made comments did not have to be a Facebook “friend” in order to have an influence over readers. A valid point or strong opinion was enough to convince total strangers to either support or not to support a leader.

Despite the fact that the study was done on “pretend” politicians, the findings are extremely applicable to “real” politicians. It is a powerful unspoken rule that candidates need to establish a campaign for social media. Should they choose not to, they would lose access to a large majority of eligible voters. It would be far too risky for politicians to not monitor what others are saying about them online. Their entire image could be ruined with one comment or one website. Therefore, a social media strategy is a necessity.

Facebook and other social media sites provide many advantages over more traditional forms of advertising, but this is especially true when it comes to interaction. Unlike TV or radio commercials and especially in terms of any print advertising, political teams can interact directly with those on social media. It is not just a one way street of communication anymore. A supporter could leave a comment or suggestion that the campaign team may have never thought of otherwise. An interesting finding from this study was that, the politician was not required to respond to any comments in order to influence how others saw them. Individual perceptions towards politicians are shaped more through the unabashed and truthful comments of random Facebook users rather than the carefully crafted comments straight from the politician. What others think and say appear to be more authentic than anything coming from the campaign team.

It is not lost on the social media users that more likely than not, campaign teams would encourage staff members to leave biased, positive comments. As well, some may realize that campaign teams have the power and will use it to delete extremely negative comments. However, in the long run, campaign teams do not have as much control over what is said and done online in comparison to other advertising tactics. Citizens have an unprecedented amount of access to information, should they choose to seek this knowledge out. Completing an online search has the ability to turn non-supporters into supporters and supporters into non-supporters. As they say, knowledge is power.