Tragic stories, like Titanic, help us appreciate our own relationships. 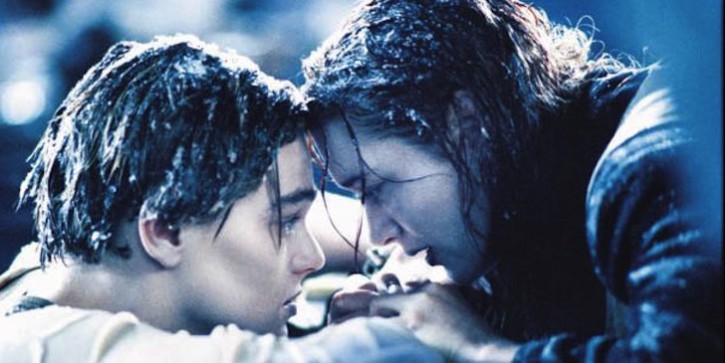 Human existence being what it is, it would seem logical that people would seek out happy stories to help them escape from life’s harsh realities. Yet people who experience the everyday tragedies, disappointments and losses that all human beings experience actively seek out movies, television shows and books that depict tragedy. It now appears that the reason people take pleasure in watching tragedies is that tragedies actually make them feel happier.

A new research study from Ohio State University has found that when people watch tragic movies they tend to dwell upon their own relationships with loved ones. The act of thinking about their own relationships makes them feel happier. As a result, watching heart-wrenching things happen to a fictional character actually makes people focus on what is good in their own lives, leading to increased feelings of happiness and, perhaps, gratitude.

According to Silvia Knobloch-Westerwick, associate professor of communication at OSU and lead author of the study, her findings may help to explain why certain tragic themes appear over and over again throughout history. She points out that tragedies often center around the theme of undying love. Viewers identify with the tragic figures in such stories and reflect upon their own loved ones, feeling renewed appreciation and thankfulness for them.

Knobloch-Westerwick found that viewers who thought the most about their own close relationships during a movie felt the most happiness. Movie-watchers who compared their own lives favorably to the lives of the tragic figures in the movies did not have a sense of increased happiness.

Although philosophers have debated for millennia about the reasons behind the popularity of tragedies, Knobloch-Westerwick said that there had been little scientific research into the topic prior to her study. The results of her research were published in the journal Communication Research.

Knobloch-Westerwick and her colleagues asked 361 college students questions designed to measure their levels of happiness. Then the participants were shown a Hollywood movie about lovers who are forced apart, only to die separately as casualties of war. After the movie ended, the students’ happiness levels were once again measured. They were also asked to describe their feelings before the movie began, at intervals during the movie and after the movie ended.

The participants’ responses helped to explain why people like watching movies that generate feelings of sadness within them, according to Knobloch-Westerwick. Those participants who felt the most sadness during the movies were the most likely to write about their own close relationships. As a result, these viewers felt happy and rated their movie-watching experience as more enjoyable than those who did not feel as sad during the movie.

The investigators found no evidence that viewers who compared their own lives favorably to the lives of the movie’s characters felt any better as a result. People who reported feeling gratitude for their own relatively more fortunate lives did not receive the increase in happiness received by those who thought of the people they loved. According to Knobloch-Westerwick, thinking about themselves, even if they were feeling gratitude, did not make participants feel happier.

At first glance, it might seem puzzling that people would have to enter a state of sadness in order to appreciate the good in their own relationships. However, Knobloch-Westerwick points out that research has shown that negative moods tend to make people think more, since they often signal the need to pay attention to what might be going wrong in a person’s life.

Previous research has shown that depressed people actually see things more realistically than non-depressed people do. This phenomenon, often called depressive realism, allows the individual experiencing it to see more clearly their own limitations and to erase any illusions that they are loved because they are exceptionally deserving of love. As a result, the random nature of love and the awareness that a slightly different set of circumstances might have prevented key relationships from ever forming may make an individual feel more thankful for the people in their lives.

Earlier studies have also demonstrated that relationships are the most important sources of happiness in most people’s lives. It should come as no surprise that looking at those relationships without the interference of obfuscating self-delusions would result in feelings of joy and happiness.