Email has become one of the most dominant forms of communication over the past forty years. For many of us, it is the first thing we check in the morning and the most important tool for running our business and personal lives. In honor of the 40th anniversary of email, ReachMail, put this infographic together. It details a pretty interesting timeline of a tool which has changed our language and culture. 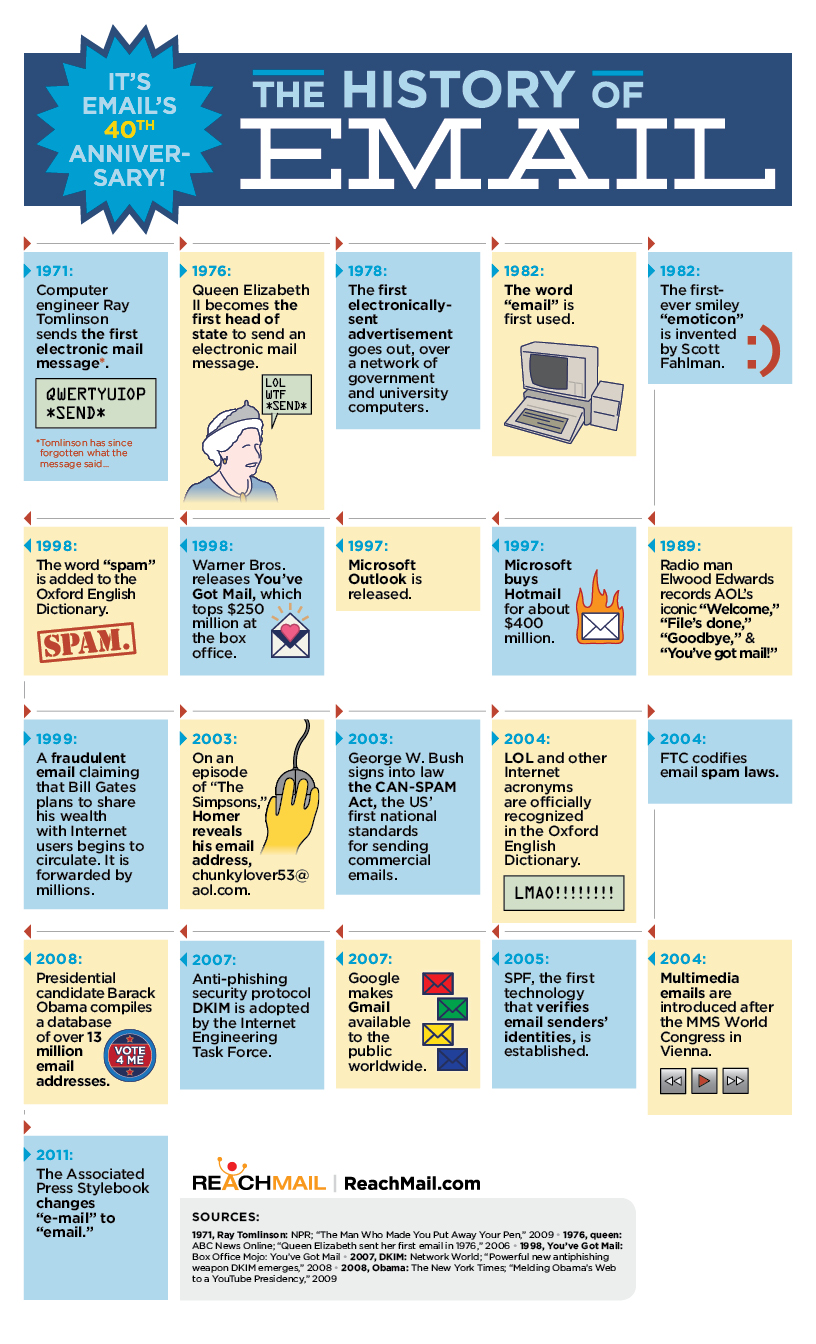 The timeline from the infographic:

1978: The first electronically-sent advertisement goes out, over a network of government and university computers.

1982: The first-ever smiley “emoticon” is invented by Scott Fahlman.

1998: The word “spam” is added to the Oxford English Dictionary.

1999: A fraudulent email claiming that Bill Gates plans to share his wealth with Internet users begins to circulate. It is forwarded by millions.

2003: On an episode of “The Simpsons,” Homer reveals his email address, chunkylover53@aol.com.

2004: LOL and other Internet acronyms are officially recognized in the Oxford English Dictionary.

2004: Multimedia emails are introduced after the MMS World Congress in Vienna.