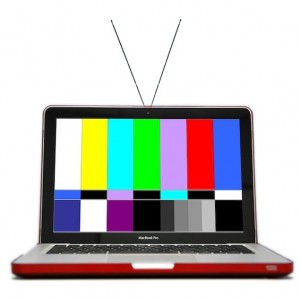 In spite of the doomsday warnings of those who bemoan the disappearance of a generation into the gaping maw of the Internet, a new study has shown that Internet usage does not replace traditional media in the lives of young people.

Researchers from the University of Gothenburg in Sweden studied Swedish young people between the ages of nine and 24. They discovered that this group almost universally used the Internet. However, the investigators found no evidence that the study participants abandoned traditional media for the sake of the Internet.

According to lead author Professor Olle Findahl, study participants did spend less time than their predecessors watching television, listening to recorded or broadcast music and reading traditional print publications. They still spent more time engaged in these pastimes than they spent on the Internet, though.

In the 1950s, the advent of television had naysayers predicting the end of radio and print. What actually happened was that people added television to the list of ways in which they accessed information. A similar trend appears to be occurring today with the Internet.

The areas in which the Internet seems to actually supplant traditional media rather than complement it include the delivery of both films and music. However, many uses of the Internet have no counterpart in traditional media. For example, social networks allow people to develop contacts with like-minded people who share their interests. Until recently, long-distance communication between people who shared beliefs, hobbies or passions was usually only possible between two individuals at a time. Even then, usually the two individuals had originally encountered each other in person either socially or during the course of business.

The researchers found that more young people are reached by Facebook than by newspapers, and Facebook reaches nearly as many of them as television does. Spotify, a digital music delivery service, reaches almost as many young people as broadcast radio does. Simply being available through the Internet is no guarantee that a service will appeal to today’s youth, however. Tablets, eBooks and Twitter are popular mostly with older users and have little appeal to young people. On the other hand, smartphone use among children and young adults has rapidly expanded in recent years.

Previous studies have shown that when people begin using the Internet there is no corresponding drop in their use of traditional media. In fact, research has consistently shown that those who use the Internet most heavily are also heavy users of older types of media.