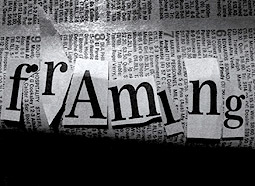 In the past, Israeli media was used to create unity among its people, but new research according to a Penn State Altoona political scientist says this media is now creating a divide between its people.

A study of Israeli newspapers indicates that both religious and secular newspapers are using their ability to select and present information to divide groups of Israeli citizens, said Matt Evans, assistant professor, political science.

“The media has immense power to influence people by the way they frame information,” said Evans. “Instead of working to heal differences, they are actually exacerbating the social cleavages.”

Journalists frame information by determining what articles they publish, where articles are placed in the paper and how the articles are written. They can also use photos and artwork to frame the information, said Evans.

Evans states that the media framing is often unintentional, but that it still causes a downward spiral.

Penn State then provides more details on how this framing is occurring:

According to Evans, media framing in Israeli newspapers is largely aimed at separating secular and religious Jewish communities. Newspapers run by the ultra-orthodox Haredim, such as Yated Ne’eman and HaModia, provide more obvious examples of how media framing divides people.

Since most Haredi avoid secular media, the newspapers are the primary news sources for the group’s members. However, the Haredi press typically omits stories about religious public officials involved in crimes or scandals. Haredi reporters also use such phrases as “wonderful boys” or “brilliant young men,” to sarcastically describe secular political figures.

Secular newspapers use more subtle media framing techniques to divide groups, according to Evans. For example, secular newspapers use pictures of conservatively clad Haredi five times more than moderate modern orthodox community members, even though the majority of orthodox citizens are modern orthodox. Evans said that the portrayal of religious citizens as Haredi plays on fears that orthodox citizens are threatening to exert political influence. Secular citizens fear change in the neighborhood standards, such as closing stores on the Sabbath.

Evans later states that media framing is a global problem dividing groups around the world.

His findings were published in the current issue of the Middle East Journal.