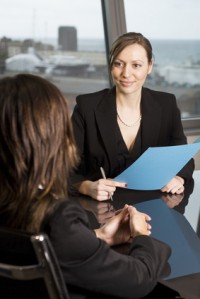 A new study found that attractive women are less likely to be hired if their new employer is female. The research found that when applications contained a picture of an attractive female these women received only 25% of the responses that an application containing a plain picture or no picture acquired.

The researchers believe that because most of the women performing the hiring were in their 20s they subconsciously sought to remove the competition.

Israeli economists, Bradley Ruffle and Ze’ev Shtudiner, were the researchers behind the study and presented their findings at the Royal Economic Society’s 2011 annual conference last week.

They found that attractive women were called for interview for a position less often than plain-looking women or women who had no picture on their resume.

They also that 96 per cent of the company recruiters turned out to be women, typically in their 20s and single.