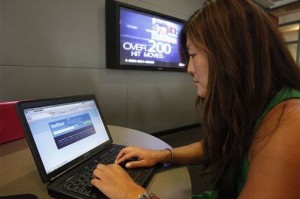 Twitter is seen as a major social media tool and cultural influence, but does it play as large of a role as everyone believes? Research by Northwestern University finds that Twitter is mainly used by those who are interested in celebrity and entertainment news, and that only 17.8 percent of college students actually used Twitter in 2010.

The study examined first year college students at the University of Illinois at Chicago (UIC) to find this data. African Americans reported more interest in entertainment news and the data reflected this, with 37 percent of Twitter users in 2010 being African American and 21 percent being white.

In 2009, only 3.6 percent of first year college students were using Twitter, so the change to 2010 was a steep jump. But, will the climb continue?

While the site has been adopted by many public officials, teachers, and businesses in hopes of spreading their message, they may not be receiving the results as they desire, as those with an interest in science and research were reported less likely to use Twitter.

The next time you are looking to share your latest research, Twitter may not be your first choice.