To find this number, TweetCongress looked at tweets from May 9 to June 8, excluding weekends (we’re not sure why). They have compiled this data into an infographic which shows the usage of Twitter by active congressmen and women following the Weiner scandal. 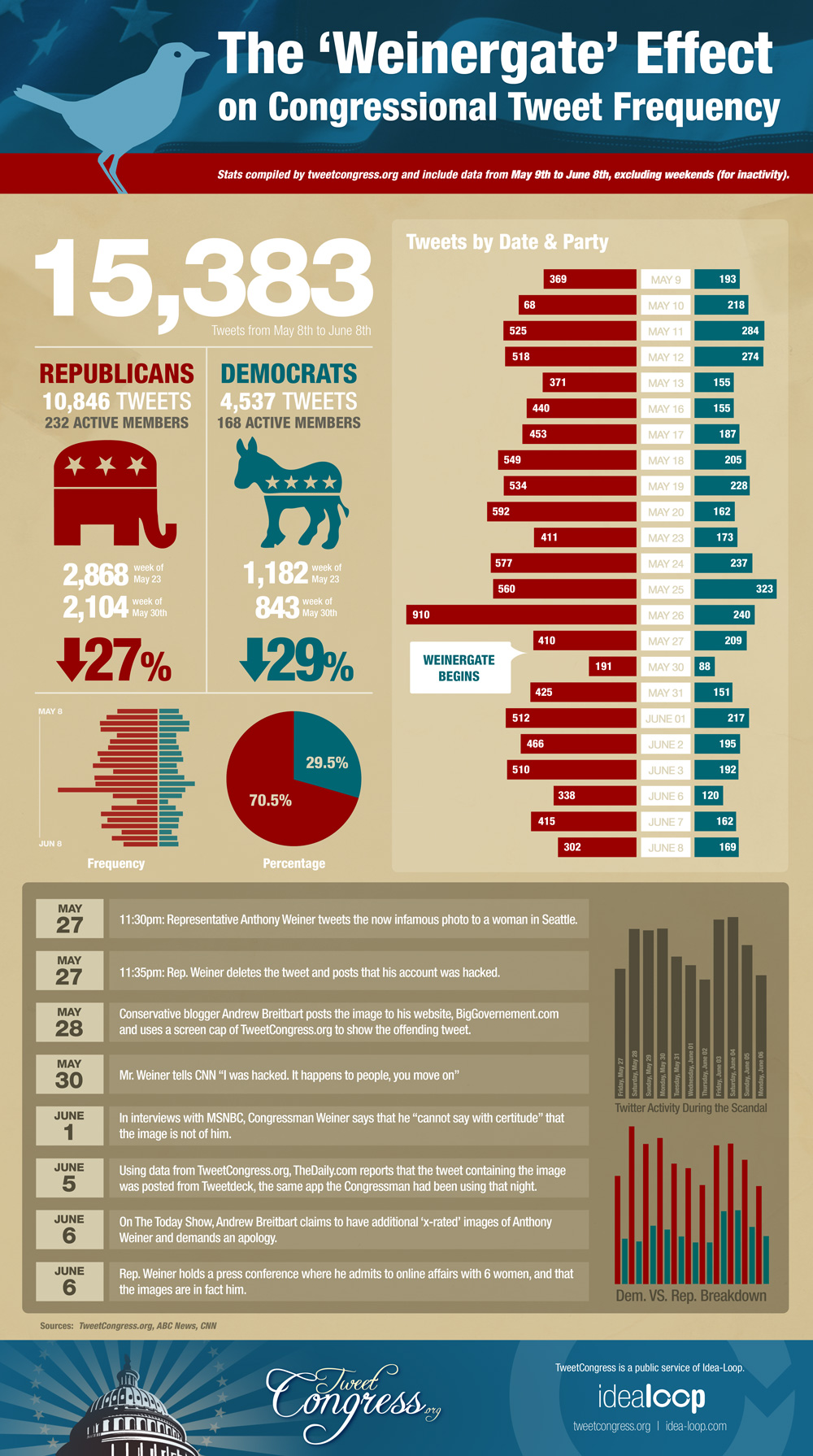