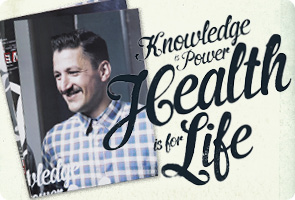 I came into this Movember excited about the possibilities the month held for my facial hair — because it seems all other months of the year I can never find an excuse great enough to overcome the humiliation of a blonde mustache. I had never participated in Movember, but I decided this year would be different. The possibilities were endless: the Chevron, the Fu Manchu, the Handlebar…who knew? While I am still in beard form and haven’t quite carved my new identity, I am beginning to question what growing this life form truly means. While I first believed that this month was about flaunting a masculine trait which sets us apart from women (the beard) in support of a good cause — a new article published in the Telegraph is making me wonder what I am really saying with this soon-to-be mustachioed persona.

First, I’d like to say that I am a man who considers himself a feminist. I know some men cringe at the sound of that. But if you support equal rights for women, which I assume most of you do, you’re a feminist too. It’s not such a dirty word as some would like you to believe. And growing my beard was in no sense a way to revel in the fact that women can’t grow one and therefore should be in awe of my masculinity. It is simply a throwback to a primal way of displaying sexuality. Ok, so maybe a little awe. And we’re all humping primates anyway, and it’s fun. And in my case an excuse to look ridiculous for a month seemed extremely fun. (This article is also not to make fun of men who sport these ‘staches on a regular basis. Some men can pull it off and look excellent — shout out to Burt Reynolds — I simply can’t.)

In the past, men grew ‘taches to demonstrate their masculinity, to let the world know they were strong and virile and maybe a bit mental: think bushy Burt Reynolds or ‘tache-tastic Tom Selleck. Now, courtesy of Movember, we’re invited to grow ‘taches to show that we’re “in touch” with our bodies and feelings, that we’re “health aware”, that we are willing, in the words of the Movember website, to imitate “the efforts of women, who proactively and publicly address their health issues in a way not traditionally seen with men”. In short, where growing a ‘tache was once about saying “I AM MAN”, now it’s about publicly advertising one’s effeminacy.

…young men, and young women too, are healthier than they have ever been, and are less likely than any generation in history to die in the workplace or contract a serious illness or fail to make it to middle age. It is perverse to encourage young men who have the privilege of living in a safe, medically advanced society to spend more of their time panicking about their health and darting off to the doctor’s at the merest hint of a cough or ache.

…What good can come from making men panicky, insecure, freaked out every time a bit of their body looks a bit different to how it looked last week? Indeed, studies suggest that the constant promotion of the cult of testicular self-examination among young men, which Movember fully supports, is leading to more and more “false positives”, with blokes having chemotherapy and even surgery that they don’t actually need. This is the irony: Movember – or at least the hectoring, health-obsessed thinking behind it – can make you sick.

Now I’m all for being healthy and granted this article is a bit hyper-masculine, but does he have a point? We already push so much advertising on women to be concerned constantly about their bodies, when in truth, they’re usually doing just fine. I wish I could reverse this effect media has had on women, but we are also starting to do it to men. Should we stop it before it happens to another sex as well?

I am still going to shave it into a mustache, because like I said it’s fun. But just out of curiosity, who agrees with this article and who thinks Movember is still manly?