Those who are new to the social media scene may at first glance, feel like they are entering a whole new world. For the most part, they are. How people interact online versus in real life are two completely different scenarios involving different social ques. Individuals born between the 80’s and 2000’s (known as the Millennials) feel more comfortable interacting online, while those born before the 80’s tend to fare better during real world, face to face interactions. That does not mean that Millennials are unable to hold a conversation in person or vice versa. But as is true for the various cultures, subcultures, nationalities and social groups, the online realm has its own language.

The generations born before the Millennials are quick to criticize that online interactions are diminishing the social skills of the kids today. However, this may not be the case. Many online users are in fact more in tune with their methods 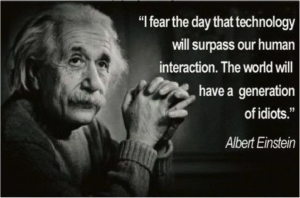 and ways of communicating than you think. Each social media platform or online forum or chat maintain a unique language and tone specific to that avenue. For example, Twitter is limited to 140 characters which emphasizes the use of #hashtags. While Facebook, with its much bigger posting limit allows individuals to tell stories. Pinterest is all about photos, while Tumblr involves both written and visual posts. Gaming sites involve brief and to the point code words when dating sites are more prone to witty play on words. This can be said of almost every website. For individuals who frequent more than one website on a daily basis, this requires adhering to a multitude of “languages.” What this means is that these individuals are more in tune with socially acceptable forms of expression in various social settings. They understand that different situations require different ways of expressing themselves which develops a new kind of skill; managing online languages.

Shortened or abbreviated words scare some of the more old fashioned communicators, but as it turns out this may not be the case. Social media users are more likely to follow the traditional rules of grammar and speech than we think. People are aware that despite some overlap between virtual and real time interactions, each context has its own specific rules to follow. With regards to Twitter, those who are familiar with the platform know that the abbreviations and short forms are necessary because of the character count. As a result, users are limited because of the restrictions set up by the platform. These individuals are not doing it because they are lazy, but because the site makes them. A recent American study found that slang words are more likely to be used when interacting with people from the same region geographically. This tends to involve stereotypical words or phrases specific to countries or areas.

Apart from these situations, online languages and interactions will not be the end of communication as we know it. In fact the opposite might be true; engaging in various forms of expression either in person or online will better prepare individuals for any social setting that they may encounter. Like with each website, they know that interacting with others will be different and may take different approaches in establishing common ground. So keep on tweeting, liking, posting, pinning and chatting you just never know where it could lead you.